The Crown of the Immaculate (Extreme) was one of the first available Extreme Trials in Shadowbringers. It helped set the tone for the expansion, and was a great introduction to max level content for many new players. If you still haven’t attempted any endgame fights, this is still a great trial to test the waters.

Because it’s no longer new content, there are many guides out there to help explain and introduce the mechanics. In this post I’m going to help steer you towards the most useful resources for you to learn this fight. If you’re just starting to get into endgame content using the Party Finder, you may find some helpful tips in this article about savage raiding.

There are plenty of video guides for this fight available, but some are confusing, lengthy, or poorly edited. In my opinion, the ones below have the best information, explanations, and presentation. Keep in mind that because the fight is no longer current, your group will probably kill the boss before reaching its final few mechanics.

The guide is actually only about 8:00 long, with some bloopers of Lycona’s progression raiding at the end. His explanations are clear and concise, but he doesn’t use many attack names for reference, preferring to describe them instead. This fight actually uses the same attack name (‘Winged Reprobation’) for several different attacks, so knowing the name often isn’t enough of a heads-up for what’s coming anyway.

Overall really nice pacing and descriptions, and he has helpful tips on where to position using landmarks around the arena as reference points. There aren’t any text overlays or infographics to direct your attention, but his tone and pacing still do a good job of drawing your focus.

This is a quick prep video with commentary and text overlays with attack names, which is pretty common with Mizzteq’s guides. It’s a good introduction to watch before you get into the fight, and she highlights some common pitfalls that often trick players.

Personally I find that the pacing in some of the later sections to sometimes be fast and hard to keep up with, but only when involving repeat mechanics from earlier in the fight. Her infographic and bullet point overlays make it really easy to pause the video and check your understanding.

This guide includes a list of mechanic names and their descriptions, as well as the order of events. Then Kiri gets into the step by step solving of mechanics.

The guide is super easy to read because of the format which uses bullet points and is also divided into sections by phase. It even includes role-specific tips so definitely give that a read if it’s your first time in a certain role.

This isn’t actually a guide, but instead it’s a timeline of events with timestamps, as well as colour coded attack names and brief descriptions. This won’t tell you how to solve each mechanic individually, but it can be a nice resource for tanks and healers to check and plan their important cooldowns.

Now that this fight is no longer current, our item levels and damage output are higher than the fight expects. For this reason some mechanics could be skipped due to pushing high enough DPS. It may also throw off the later timestamps due to having a shorter add phase. In my experience the fight is over before the last Starbirth mechanic.

This is kind of rare for an Extreme Trial, but you actually don’t need to have a macro ready for this fight. You didn’t even need one when it was released. There are no split groups or role-specific positions. The only thing some players use are some waymarkers to help with the sword tether spots or just to identify the cardinal points around the arena.

Did you use any of these guides to help learn the fight? How do you normally prepare before going into a new Extreme Trial, or for helping a group get their first clear? Players pick up and retain information differently, so let me know in the comments. 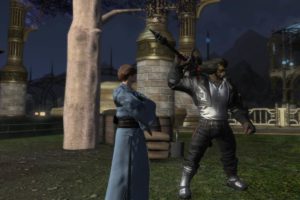 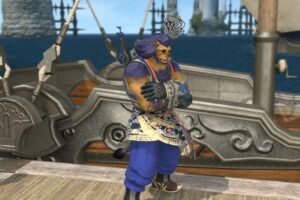 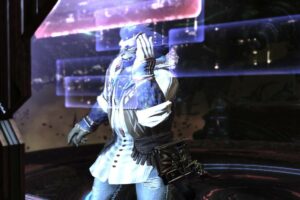