Patch 5.25 introduced the beginning of the Shadowbringers Relic Weapon storyline. Along with it came a new Trial and of course it has an Extreme version as well. The normal instance of Memoria Misera is unique in that its not done through the Duty Finder, but rather with NPC allies. For the Extreme fight however, you will obviously need to party up with other players as per usual.

The previous Extreme Trial hasn’t even been out that long, in fact it’s still a High-End Duty as well. However, players in Party Finder have somewhat split their attention from Cinder Drift Extreme and are hard at work learning this new fight instead. There are some preliminary video guides, text guides, infographics, and macros floating around, with varying strategies.

I’m still running PUGs in Party Finder so I’m going to highlight the guides and tactics that best match what you’re likely to see when you jump in and start learning the fight. I’ll keep an eye out for any more resources that turn up in the future that do a better job explaining mechanics to newcomers.

The drops from this Extreme Trial are limited to a Triple Triad card, as well as coffers and tokens used to obtain the ‘Idealized’ i480 Job sets. These are the same models as the i430 Job sets you get for free at level 80, except the Idealized sets are dyeable. If you’re curious about what they look like and how they dye, you may find Bad Wolfy’s video helpful.

This is the first time dyeable ‘Artifact’ sets have been locked behind Extreme level content, so if you’re being sucked into the Party Finder for the first time, check out this guide on how to prepare for endgame raiding.

There are a couple of mechanics in this Extreme Trial that I see catch people off guard all the time, especially when they’re still progging the fight. Here are the most common ones that trick new players:

<Adjective> Gunshield – This is a delayed cast. A lot of people take their eyes off the charge bar and end up unprepared for the upcoming gunshield attack, which is either a knockback (electrified), spread for individual AoEs (loaded) or directional parry (reinforced). Once the charge bar turns red (80-100), either prepare for the knockback, get to your spread position, or be on the lookout for which sides he puts shields up.

Fortius – Don’t be fooled by the spinning arrows on the boss. After you take the first hit and drop your puddle, you do not rotate immediately. The attack will rotate, so since you just got hit, you’re safe where you are. Just move forward out of the puddle and prepare to move when it rotates again.

The fantastic u/Quelfabulous created these visuals for their raid group and has also shared them with anyone else wanting to learn the fight. Here’s their original tumblr post. If you’re looking at the Ignis and Ventus images, remember that there will be also a line AoE in the direction of the X in front of the boss.

The fight is still pretty fresh, and good quality video guides can take a lot of work for creators to put out. As more are released, I’ll adjust or trim this list as time goes on to highlight the best ones.

Mizzteq’s familiar style includes a brisk walkthrough of the fight with helpful text overlay containing all the attack names and bullet point tips. These are great for pausing the video to take in the most important information. She uses clips from both Tank and Healer PoVs, but all roles have mostly similar experiences during the fight.

I’m very glad she didn’t rush out a day one video, since her video clearly addresses all of the hazards I see people struggle with in Party Finder, and has excellent clips visibly displaying each mechanic.

Mrhappy1227 – Setup, strategy, and explanations with some text overlay.

Mrhappy released a day one guide with excellent clips and concise explanations. This is a pleasant surprise in comparison to some of his other day one videos which are more lengthier walkthroughs and discussions. He even shows all of the mechanics, which you yourself might not even see because the total DPS check for the fight isn’t that bad.

Strategy Used – For Phase Three’s Fortius attacks, he actually mentions two strategies. In the first, his group baits the cones on one side of the map, then uses the other side as an easy safe spot, regardless of conal rotation. I’ve heard it called the ‘fan strat’, and it’s uncommon in Party Finder. The second ‘spread strat’ at clock positions is common, as he predicted.

My only gripe with this video is that he specifically recommends assigning cardinal positions to Ranged DPS and Healers, which is the exact opposite assignment of what people do by default, and he doesn’t say why. In the dozen or so parties I’ve been part of, I’ve only seen the Tanks and Melee DPS on cardinals.

While this is a longer video, it contains a lot of in-depth information and tips for each mechanic, especially surrounding positioning, timings, and visual tells. There’s minimal editing and no text overlays, but Ilya does point out parts of the screen and HUD that can be used to help time incoming attacks.

I will say, his Phase Three section is not very useful. He doesn’t display complete understanding of the Fortius mechanic, and his group skipped the final one or two mechanics so they are absent in the video.

This guide is mostly useful if you’re still having trouble with the first two phases, and need a thorough explanation to get you past those parts.

This is the best written guide available at the moment. It’s got excellent walkthroughs of each mechanic, and is easy to read and find the section or attack you’re looking for. It does make reference to some previous fights such as Ruby Weapon Extreme and Susano Extreme, but even without that prior experience you can still understand the tactics being discussed.

Pay particular attention to the diagrams provided in Phase Three. The written explanation of the Fortius attack is accurate but the visuals add a lot of value and should help a lot to clear up any confusion.

There aren’t many text guides out yet (I’ve only found two), but I’ll keep an eye out for any others that bring something new to the table.

I’ve looked at a few macros posted on reddit but I find them pretty messy. I’ve made a simple, clean macro you can use, which reflects the most common positions I see in Party Finder. At least on EU Light Datacentre anyway. You can find the macro here. Here’s what it looks like in chat: 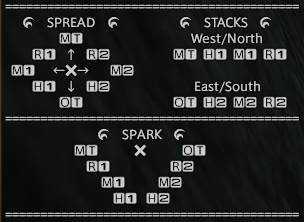 If you’d prefer one with a reminder of the various Est or Gunshield attacks, many people include those as well, and u/DibellaSolidor and u/SynthaneFTW have both made fairly clean macros you might like.

It’s worth noting that a lot of groups kind of freestyle the Magitech Spark attack. It’s fairly easy to adjust on the fly since there’s lots of time and space to get in a good position.

So, how many times do you think you’ll throw yourself at this fight? I know that a lot of people enjoy collecting the Relic sets, which translates to a lot of runs. Which Job set did you get first, and how did you find the difficulty of the fight? Let me know what helped you get your clear. 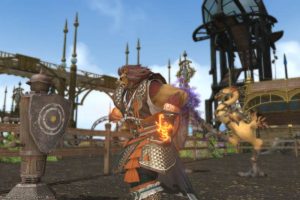 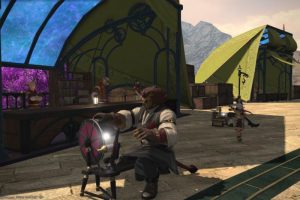 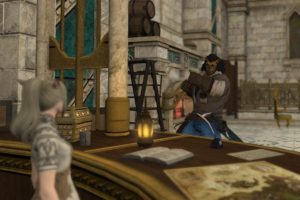